Consequences of Lockdown in Zimbabwe on Health and the Economy: COVID19 and Children 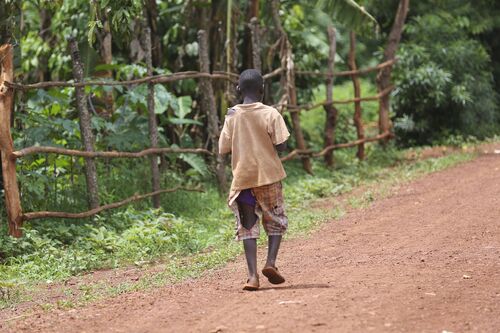 By Dickson Machimbidza, University of Zimbabwe

Just like any other group in society, children are vulnerable to the effects of COVID19. The pandemic has not only claimed people’s lives worldwide, but it has also disrupted livelihoods in both developing and developed countries. However, much pain is being felt in poor countries, like many in Sub-Saharan Africa. The lockdown in Zimbabwe, declared on the 27th of March 2020 by the President, came after the country was hit by Cyclone Idai, droughts and a bout of inflation which crippled the economy. Many children and other vulnerable groups were already susceptible to food insecurity due to these crises. Although the lockdown has been eased, its effects on health and the economy have arguably been more catastrophic than the pandemic itself, because of huge losses in employment (formal and informal), income and poor access to health services, sometimes due to non-attendance for fear of contracting the virus.

Reports suggest that the pandemic largely affects the elderly or those who have underlying health conditions which compromise their immune system and make them susceptible to particularly severe effects after contracting the disease. However, little attention/reportage has been paid to children who also have underlying health conditions, such as asthma and heart disease. To-date, Zimbabwe has recorded a positive COVID 19 case of a three month old baby in Kadoma. The country’s already struggling and weak healthcare system could thus come under further pressure if more children suffer symptoms or require hospitalization, especially in high density areas. Due to children’s vulnerability, dependency and poor resilience they tend to be adversely affected by the malfunctioning of their ecological environment and coronavirus is no exception to this; posing both direct and indirect consequences for them.

Consequences of the Lockdown on Health and the Economy

Taking a look at effects of the lockdown which has been employed by various governments worldwide in a bid to curb the spread of the virus, children suffer from various issues economically and health-wise. Children tend to suffer when their parents or guardians fall sick during the lockdown as they are not able to take care of them. This may result in psychological effects such as depression, stress and anxiety due to their helplessness. Owing to travel and movement restrictions, relatives may not be able to attend such cases thus imposing further mental and potentially physical health effects on children in terms of meal provision for example. Economically, some companies are failing to provide remuneration to workers due to in-activity thus having negative implications for families. The lockdown also sparked domestic violence in various households mainly due to poor economic capacities, thus leadings to arguments amongst spouses, affecting children.

The national lockdown in Zimbabwe has pushed the level of urban poverty to extremes among poor families.

A family which used to get income from informal activities, such as trading and vending, is now getting nothing in the face of the coronavirus lockdown as such activities have been suspended due to formal registration issues. Only registered entities have been given a given a green light to operate, however, the majority of informal traders are small hence not registered meaning they risk being arrested when as they try to resume their activities.

The social care system is also failing to capture the interests of most affected households due to limited resources and lack of coverage in many parts of the country especially urban areas.

This has negative impacts primarily on children who are reliant on adult support, thus subjecting them to malnourishment. In as much as adults are affected by malnutrition its way better than children who require a nutritional balance for growth. It has been argued that the lockdown measures make much less sense in towns and cities where many people live in low income (informal sector) areas, particularly if health capacity to treat the most serious cases is low or non-existent.

Furthermore, there seems to have been an increase in the number of children who are selling various products following the introduction of a national lockdown in Zimbabwe at crowded places such as public centers like Murambinda growth point in Buhera, Mbare-Musika in Mbare and Chigovanyika in St Mary’s, Harare. This is being done to ensure income to counter the effects of the lockdown economically, at the same time exposing those children to the virus.  There is also an increase in prices of basic food stuffs like mealie meal and cooking oil which is making it hard for parents to put food on the table for their children.

There is a decrease in the number of meals being taken by many children per day since the beginning of the lockdown in late March which has negative consequences on children’s nutrition. Children also suffer from reduced opportunities to access regular or emergency health services, especially for disadvantaged families who are not receiving or, cannot access, state support.

While the national lockdown has contributed towards the deterrence of the virus, there is an increase in the number of food insecure households as people who were living day by day through selling on the road-side are hardly getting anything to support their families.

Statistics show that approximately 67% of the informal sector in Zimbabwe is made up of women (Ruwisi, 2020). Many of them are single women who singlehandedly strive to support their children economically yet their majority is still restricted by the current level 2 lockdown to carry out their respective businesses because they are small and not registered to be exempted for operation.

Although the lockdown is an indispensable step to help thwart the spread of the virus, it has direct and indirect effects on children’s health and the economic environment. Children are being subjected to malnutrition due to negative impacts on the economy thus compromising daily food provision. There is also a potential risk of contagion of the virus to vulnerable children from low income households due to increasing economic pressure and rise in informal economic activities such as street vending. It is thus only with a concerted, cooperative and holistic approach that we can universally avoid a widespread humanitarian tragedy. The author therefore submits the following:

Dickson Machimbidza is a research inclined final year Social Work (BSc. Hons) student at the University of Zimbabwe. He is a member of the National Association of Social Workers in Zimbabwe (NASWZ). He has published a number of academic literatures around social and health issues.

Image by kristi611 from Pixabay