Should Rich Nations Help the Poor? They Should...and So Should Emerging Powers 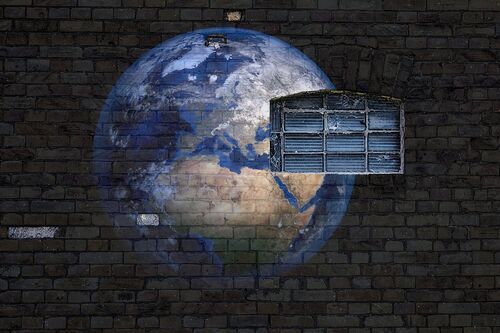 Despite the Covid-19 setback we live in an affluent world. We produce enough food to feed the entire planet and we have the resources to meet everyone’s basic needs. Reallocating just 1% of global wealth would eradicate extreme poverty at a stroke. Yet 3 billion people are deprived of at least one basic human need – food, potable water, sanitation, primary education, shelter, and others.  Almost 700 million people went to bed hungry last night and 19,000 children will die today of easily preventable causes.

As economic growth has slowed down, nationalism has been on the rise in many countries, and helping the distant poor has slid down the international agenda. This must be stopped. It is time to go back to basics and ask ‘should rich and rising nations help the poor…and, what are the best ways?’

This means looking beyond foreign aid and charity at the broader ways in which better-off countries can raise the prospects of poor people: trade, finance, climate change mitigation, migration, and others.

There are two main reasons for this. First, it is the right thing to do – the moral argument. Our common humanity means that those of us who are doing well should help those whose basic needs are not met.

Second, the ‘better-off’ would be foolish not to help the poor and their national governments. This argument is about ‘mutual benefit’. If we want a prosperous, environmentally sustainable, politically stable, and healthy world for ourselves (and our children and grandchildren), then we must help poor people wherever they happen to live. Issues such as new diseases, extreme weather events, international migration, organized crime and terrorism have transnational causes. They must be dealt with through global action built on multilateral cooperation. No country can solve these problems ‘by itself’.

The Covid-19 crisis provides an obvious example. This threatens the lives and livelihoods of people around the world.

While its worst impacts have been on the poor (uncounted deaths, hunger, disability, curtailed education) it also impacts on the better-off. Their business’s growth rates have slowed down, their children are in lockdown in universities in Australia, Europe and the US and their foreign travel plans are cancelled.

Worse could come: if the coronavirus mutates. As the UN’s World Health Organization advises, all countries need to work together to reduce disease transmission, create and internationally share a Covid-19 vaccine and be better prepared for the next pandemic. There will be one: new strains of Avian flu, Ebola, Lassa fever or the Zika virus.

So, how can rich and rising nations help the world’s poor and help themselves?

In the ‘West’, the orthodox answer has been through government-to-government foreign aid and charity. What has this achieved? We know that aid can work. Aid-financed campaigns have eradicated smallpox globally and polio is close to eradication; insecticide-treated bed-nets have driven down infant mortality rates in Africa; and millions of AIDS sufferers are alive and well today because of aid-financed antiretroviral medicines. But, it does not work all the time and critically, foreign aid has not created inclusive and sustainable development for recipients.

Looking beyond aid there is a growing consensus that economic structural transformation in poorer countries requires action by both the state and businesses. The state has an important role to play in technologically upgrading economic activity, providing infrastructure and public services (health, education, and social protection).  Commercial firms need to be dynamic and successfully compete in a globalized economy.

As I argue in my newly translated book (Should Rich Nations Help the Poor?), if high income and economically rising nations are serious about helping the world’s poor, they need to go beyond aid and adopt ‘joined-up’ policies for international development. First, reform international trade policies so that poor countries and poor people can gain a greater share of the benefits derived from trade. Second, take national and multilateral action against climate change through mitigation and supporting adaptation. Third, reform global finance to stop the illicit and illegal extraction of income from poor countries to rich countries by corporations and corrupt elites. Fourth, recognize international migration as a highly effective means of reducing poverty, achieving inclusive growth alongside meeting the needs of ageing populations, in Europe and east Asia.

Continuing with existing policies is not a viable policy option for two reasons.

Most obvious is climate change. The material foundation of humanity’s improved living standards over the last two centuries was achieved by carbon profligate economic processes. This cannot continue as global warming has set off disastrous environmental changes.  Globally, we must move to an environmentally sustainable economic model through the Paris Climate Agreement. But, that needs leadership. China could step forward and the US could collaborate.

Less obvious, but just as important, the rise in economic and social inequality in countries must be stopped. Contemporary global economic processes and social norms generate income and wealth inequalities on a previously unimaginable scale. The richest 1% of humanity (most of them living in China, Europe and the US) will soon own as much wealth as the remaining 99%. High levels of inequality hamper growth, undermine education and health services, exacerbate poverty and may lead to political decline – as seen in the UK and US.

This analysis sets a challenging agenda. We need an all-out war of ideas to raise levels of public understanding of why rich and rising nations must help poor people and poor countries.

We live in ‘one world’, and if we want good lives for ourselves and future generations, then environmental sustainability and global social justice must be pursued.

Multilateral action by rich and rising nations can systematically tackle the big issues for international development: trade, climate change, access to finance/technology, migration, and inequality. This may seem unlikely, but so did abolishing slavery, winning votes for women, establishing international humanitarian law and, the Paris Climate Agreement.