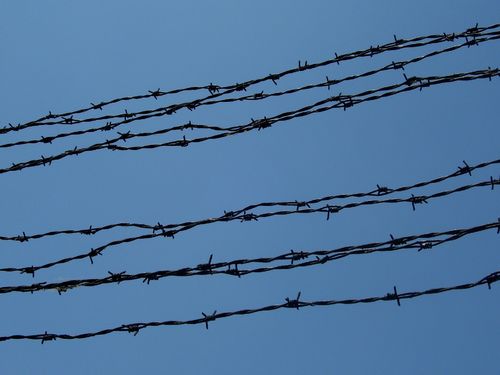 On the 5th of April, in response to Malawi’s first case of coronavirus, President Mutharika directed the Malawi Prisons Service to present a list of prisoners for processing their release. Today, 1392 prisoners were released, with more to be pardoned by the President.

Irish Rule of Law International (IRLI) welcomes this positive step towards mitigating the risks of a potential COVID-19 outbreak in Malawi’s heavily overcrowded prisons. In its September 2019 report, the Malawi Inspectorate of Prisons reported that the prisons were running at 260% of official capacity. Prisoners sleep side-by-side, packed together in cramped communal cells.  The Government recommends hand-washing stations, but many cell blocks still lack even the most basic sanitation and hygiene facilities, such as buckets and soap. In such conditions, an outbreak of COVID-19 could prove impossible to contain.

Malawi Prisons Service must act quickly to ensure that there are adequate hand-washing facilities in all prisons and that measures are taken to screen any new suspects or visitors. Any restrictions to visitors must be proportionate, taking into account the prison conditions in which many prisoners depend on food brought in from outside as their primary source of nutrition. IRLI and other organisations, alongside Prison Services, have been working to provide for and facilitate hand-washing stations country-wide.

The Malawi Police should avoid making arrests on minor matters and refrain from demanding cash bail which is an unsurmountable hurdle for the vast majority of Malawians who live in one of the poorest countries in the world. Demanding cash bail is tantamount to certain imprisonment in most instances. Overcrowded police cells pose a risk to detainees, officers and the surrounding area.

Magistrates can support these efforts by considering non-custodial sentences wherever possible, such as suspended sentences, community service orders and other forms of adult diversion.  Magistrates can also uphold pre-trial custody limits, whereby the limits on detention before charging and trial must be strictly adhered to so as detainees or accused persons are not held for indeterminate amounts of time.

The Prison Commissioner should consider using her discretion to release or furlough all those who have served one-third of a sentence as an additional mechanism to reduce overcrowding. Prisoners who are elderly (aged over 55), children, women with children and prisoners with pre-existing medical conditions should also be considered for release.

IRLI has been working on gaining bail for unrepresented accused persons through organising and co-funding ‘camp courts’, mobile courts which take place within prison grounds. ‘Camp courts’ are necessary as prisons in Malawi lack the transport (and the petrol) to bring prisoners to court, and courts can lack the space to hold the prisoners in cells.  Last week, this work continued when 69 people were released on bail from a ‘camp court’ in Maula Prison in Lilongwe. Given the potentially grave situation faced by Malawi, these courts have been swiftly organised across the country.

Prisoners’ human rights must be protected, and action needs to be urgently taken to prevent an outbreak within Malawi’s prisons. An outbreak of COVID-19 in a prison could infect and kill hundreds or even thousands of prisoners and there is a very real risk of the virus spreading to surrounding communities and placing enormous strain on vulnerable health services.

Kate Gauld is Director of Programmes at Irish Rule of Law International (IRLI) - a joint initiative of the Law Society of Ireland and the Bar of Ireland as well as the Law Society of Northern Ireland and the Bar of Northern Ireland. IRLI is dedicated to promoting the rule of law in developing countries.  IRLI has programme lawyers working in Malawi embedded with Malawian criminal justice actors working on access to justice issues. They have been working for many years on allowing detainees and prisoners to access justice and exercise their basic human rights. Decongesting prisons has been a key part of IRLI’s work in Malawi for nearly ten years.

Image by Izabela Rutkowska from Pixabay