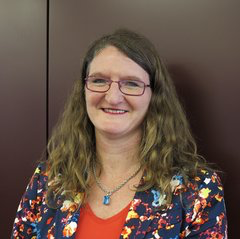 DSA Ireland is delighted to announce that the winner of the Best Student Award for the 2016 Annual Conference is Alix Tiernan for her paper entitled "Status and 'Good Behaviour' - How Women in Patriarchal Zimbabwe Influence Power Holders".

In awarding this prize the judges noted, "This is a very interesting study of how women negotiate gender roles to empower themselves and have an impact on power holder in Zimbabwe. The study is very well-focused, sufficiently informed theoretically and empirically challenging. The results reach inductively from a well-balanced focus group and they are read through a dynamic understand of power relations, gender roles and empowerment. The paper is clear in what it wants to achieve and its theoretical perspective. It does not attempt to provide grand conclusions on gender and power, but is a serious and conscientious preliminary study and in longer term research trajectory."

Based on fieldwork in rural mining communities in Zimbabwe, this paper was based on an analysis of how women in Zimbabwe increase their status so that they can influence decision-makers in their favour. Taking the view that power is not only about domination/oppression (power over) but also a question of empowerment, expressed as “an ability or capacity to act (power to)” the study found that while women recognise the disempowerment that comes with patriarchal power over them, they increase their power to effect action and change by increasing their status through wealth, relationships, and in particular by adhering to societal expectations of good behaviour. The majority of these opportunities do not fundamentally challenge patriarchal power, but instead, women are doing gender in accordance with societal expectations and thus they are “earning the right” to be influential in the public sphere. This finding has implications for development projects and approaches which aim to empower women, as they will need to take greater account of the trade-offs (or patriarchal bargains) that women strike before status equality can be achieved.

Alix Tiernan, who is a Programme Performance Advisor at Christian Aid Ireland, completed this research as part of her postgraduate studies at the University of Limerick.