The war against democracy and civil society voices from Ukraine, Russia and Poland 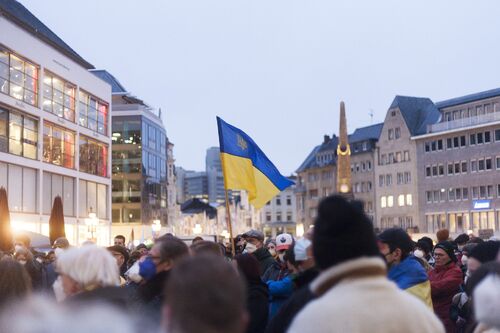 The on-going Russian invasion of Ukraine shattered the lives of the people of Ukraine and laid bare the assumptions of peaceful co-habitation with authoritarian dictators dreaming of restoring the bipolar world order. The humanitarian crisis that ensued triggered unprecedented upsurge of grassroots organising to greet and accommodate four million refugees (as of the end of March 2022) in countries neighbouring with Ukraine’s western and southern borders, and beyond. The democratization of Ukraine and the development of its civil society proved as unacceptable to the Russian government as its own political opponents and international NGOs aka “foreign agents”. Authoritarian rulers thus disprove any doubts that an authentic civil society is a prerequisite for democracy. To discuss the development of civil society in Ukraine, this webinar features prominent speakers who have played seminal role in the external support for Ukrainian civil society, studied grassroots organising in Ukraine and conducted research among Russian political migrants.