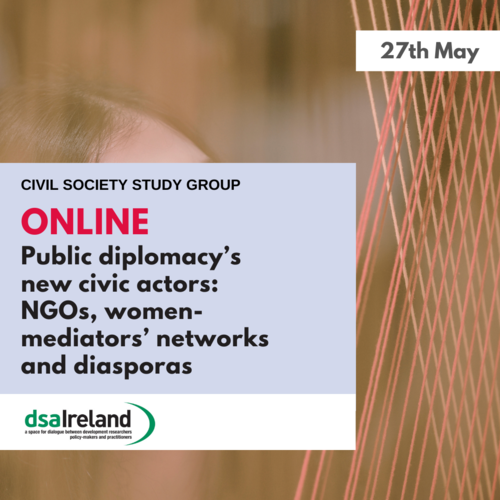 The webinar was hosted online by the DSAI Civil Society Study Group on May 27th 2022. The webinar discussed the role of new actors in public diplomacy efforts with example of case studies of Irish and Greek diasporas, Polish NGOs’ involvement in social diplomacy abroad, and the contribution of women mediators’ networks on the Northern Ireland peace process. The recent increase of research attention to the engagement of non-state actors in social diplomacy has been warranted by the growing impact that non-state institutions (like NGOs), communities (like diasporas) and hitherto underrepresented individual and group actors (like women and women-mediators’ networks) have started to exert on the public sphere at home and abroad. The uniqueness of this particular field of research and practice is also discernible in the fact that those representatives of civil society actively engage with the relevant state institutions and international stakeholders to co-create public policies in “soft” diplomacy or influence negotiation outcomes.